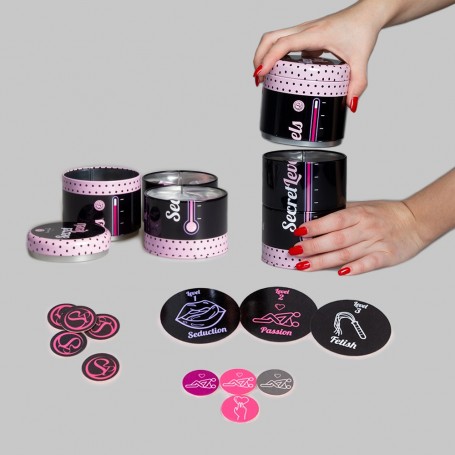 THE COMBINATION GAME THAT WILL TAKE YOU TO THE MOST KINKY REWARDS!

Description
THE COMBINATION GAME THAT WILL TAKE YOU TO THE MOST KINKY REWARDS!
In English, Spanish, French and Portuguese.
The game consists of 3 round tins and each one corresponds to a level of intensity.
- 1st tin: Level 1. Seduction game with rewards of lower intensity.
- 2nd tin: Level 2. Passion game with rewards of medium intensity.
- 3rd can: Level 3. Fantasy and BDSM play with higher intensity rewards.
Each level can be played several times or you can move on to the next level. You don't have to start with the first level or play in an orderly fashion. It will depend on what you feel like that day and the desire you have.
The set contains:
- 55 reward cards in each tin (165 reward cards in total).
- 48 tokens in each tin (144 tokens in total).
Rules of the game: The aim of the game is to form combinations of 4 tiles and place them on the table, horizontally or vertically, that connect to other combinations created by the other player. When a player succeeds in completing a combination, he/she picks up a reward card with the same symbol as the combination and reads it aloud. The reward must be played at the same time.
Combinations can be: same icons, different colours: They are grouped in a row (horizontal). Different icons, same colour. They are grouped in a column (vertical). Once a combination has been completed, there must be a space left to place the next piece.
Start of the game: Divide the symbol reward cards into five piles and shuffle each pile. All the tokens are placed face down on the table and shuffled together.
Starting turn: Each player chooses 4 tokens. Do not look at the other player's tiles. The player with the highest number of combinations in a single row/column starts the game. In the event of a tie, the player who removes an item of clothing first starts the game.
Start of the game: Taking alternate turns, the first player places the matching tiles on the table and takes the same number of tiles from the pile as he has used in his move, so that he must always have 4 tiles in his hand. If at any time during the game, a player cannot make any combination, he can exchange his tiles (some or all of them) for those from the pile, but he must always have 4 tiles in his hand. By doing so, it is the turn of the other player. In each move, each player must make as many combinations as possible, which means putting more than one tile in a single move, and will take a reward card with the symbol of each combination he has completed.
End of the game: The game ends when there are no more tokens in the pile or when there are no more possible combinations. The player who has collected the most rewards wins!
It is recommended to have:
Ice
Hot, cold and fizzy drinks.
Food: fruit, ice cream, chocolate, honey, etc.
Erotic toys: anal plug, vibrator, Chinese balls, pearl necklace, etc.
Oils and lubricants
BDSM elements: blindfolds, handcuffs, handkerchiefs or rope, gag, etc.
PRECAUTIONS: It is important that before playing, the conditions of each player are discussed, with each player setting his or her limits. The players must choose a safety word and gesture, which they will express when they want to stop any of the actions. The game should be played with a pair of round-tipped scissors within reach. It should not be tied too tightly, nor should it be tied around the neck.
Data sheet
SECRET PLAY 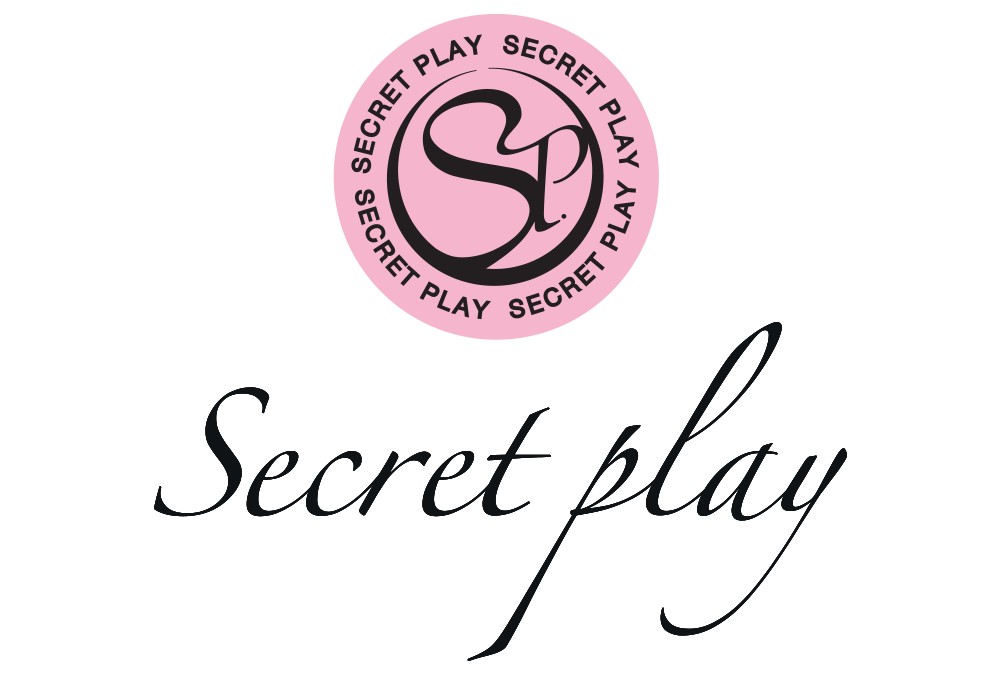